The Pope and Humancentipad: The demonstration of Untouchable 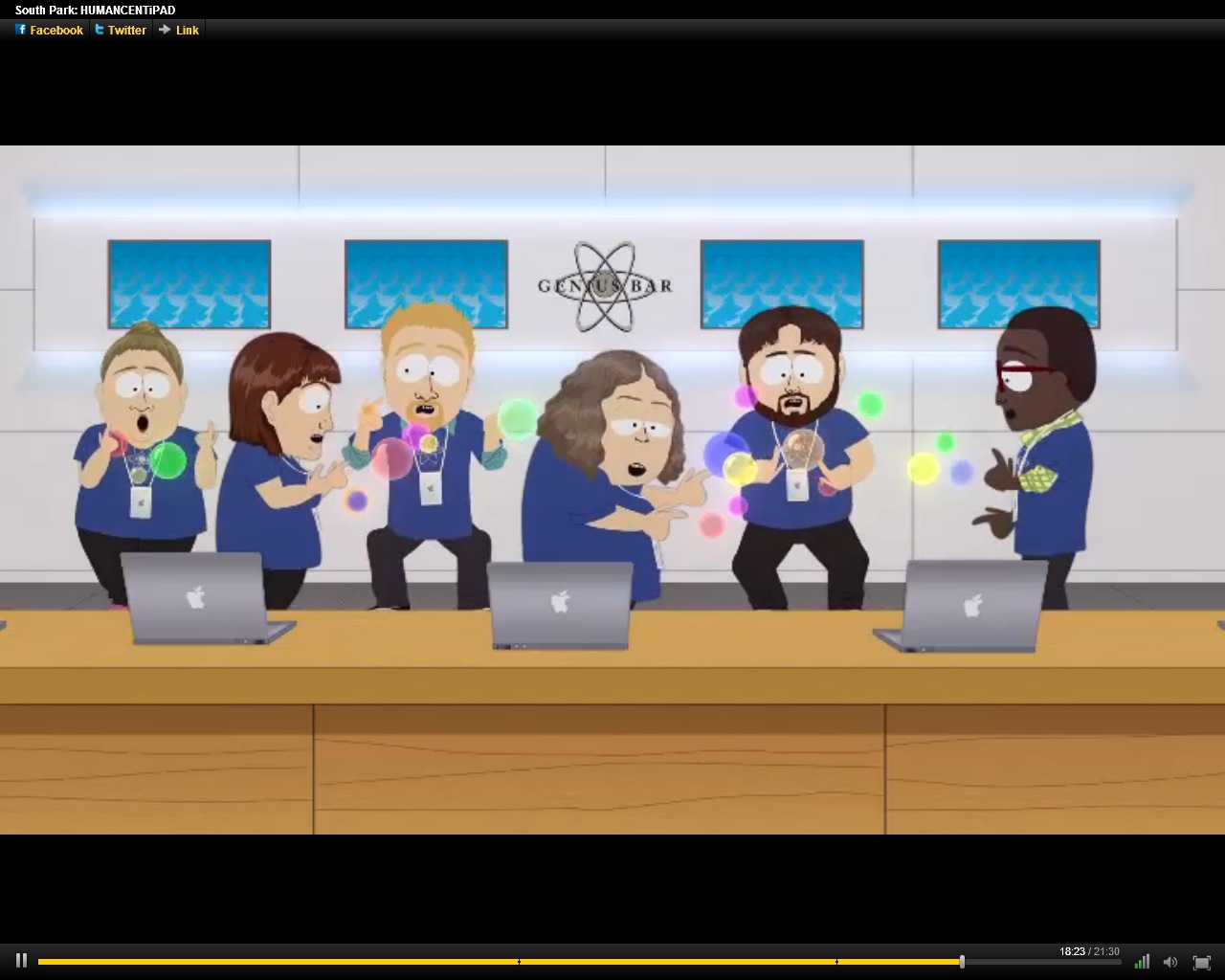 Day after day, I am more confident that Apple has no idea how they do it. I bet 100€ that if you asked Stevie how the hell he makes it, he would give you some bull*** speech of motivation, hard work, and other mumbo jumbo obvious life  facts- the kind he gave on Stanford and everyone applauded and cried like they’ve heard for the first time in their lives that persistence is the key to success. Come on, get real, HOW THE HELL YOU GOT POPE TO USE IPAD MR.JOBS?!

For a few ones of you who live on other planet and you haven’t seen the video, here it is:

After being endorsed by the Head of the Catholic Church, I can say that this product placement should be the first case study for each marketing and branding course on every university on this planet. Forget about Kotler, this is the magic potion.

Malcolm Gladwell explains the so called “tipping point” in his book-“the magic moment when an idea, trend or social behavior crosses a threshold, tips and spreads like wildfire”. Well, I recommend Mr. Gladwell to write the sequel “Untouchable”- that would be the point in which a phenomenon is so profoundly established and accepted that nothing and no one can ever  endanger it. That is what Apple became. They can make inappropriate jokes about themselves in Southpark as much as they like. Imagine a brand in the world that could allow itself to be humiliated by the Southpark episode and yet remain a lovemark and even become more lovable after it. What else would it be but Apple?  They can screw with their own customer service- their Geniuses.

They can allow the “Humancentipad”- the three persons joined in human chain with no obvious purpose but to make fun of Apple.  And it’s not sha-la-la humour. 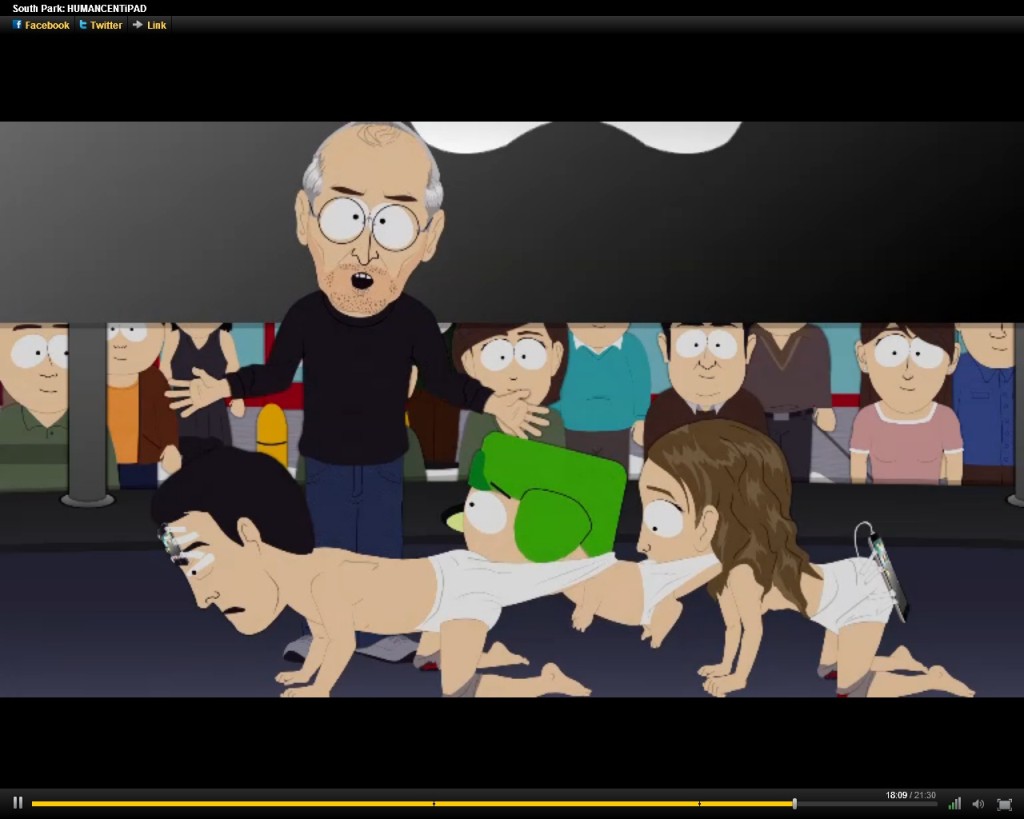 Yes. Apple can handle it, but Toshiba can’t. When spoiled little lovable brat Cartman cries in the store cause mom won’t buy him an iPad cause it’s too expensive, his mom offers him Toshiba Handibook.

„TOSHIBA HANDIBOOK?! Ok, I’ve got a better idea. Why don’t you go across the street and buy some condoms. We should at least  be safe if you wanna f*** me mom!“.  Ouch Toshiba. Ouch.

Hidden messages are not so hidden any more. Untouchable Apple can play harsh. The next time you see a brand being mocked by southpark, be sure that it’s only the demonstration of force and dominance. And don’t forget to follow the pope- he’ll probably tweet about it.