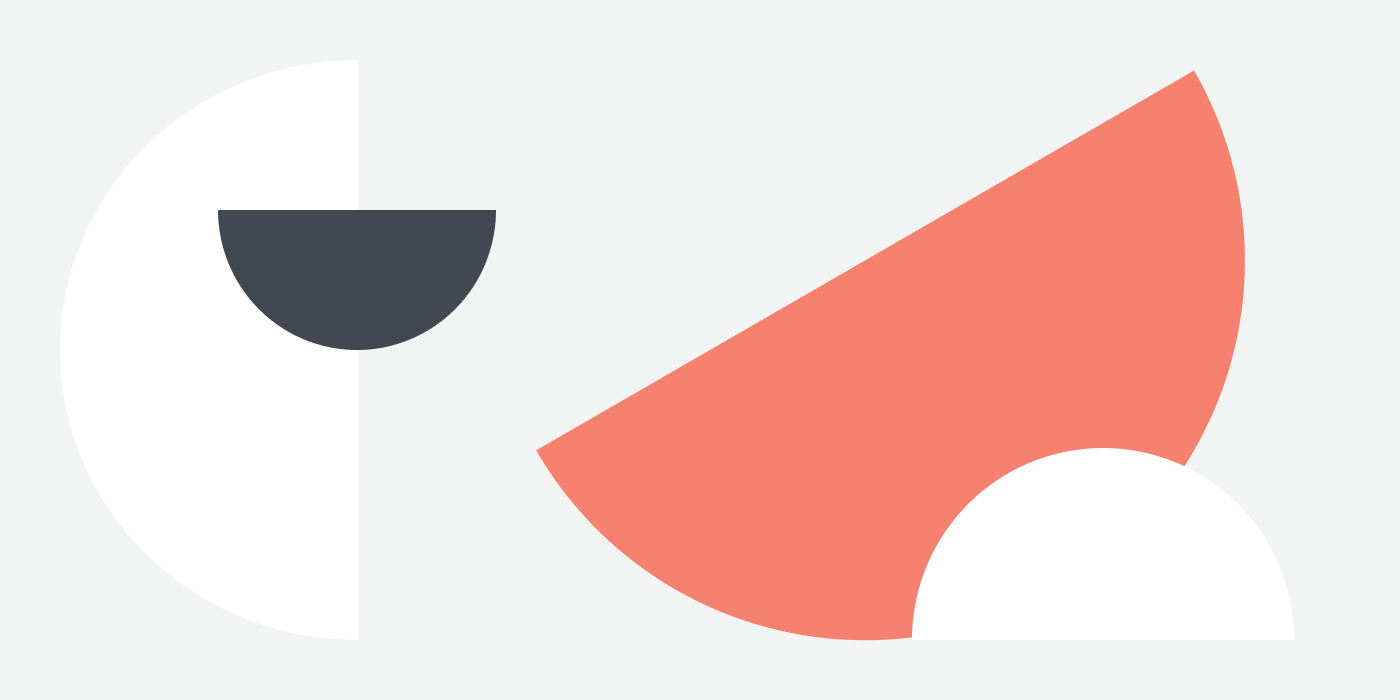 It was a girl night out in town and it was coming to an end in a club full of people, loud music and shouting. Two of us were heading home in the same direction and we wanted to call a cab, but it was almost impossible to make a call with that noise around us. Other group of friends tried to text the cab service through Viber, which seemed like a good idea, but I didn’t want to go with that cab service. I have “my” cab service and I like to use it because I want to pay 5% more to drive a nice car with air conditioning and cab driver not smoking (yeah, that’s still an issue in my country believe it or not).

Then I remembered! When I called a cab on my way here, the phone machine mentioned something about new app while I was on hold. I searched the App Store and downloaded the app for my phone. It showed my location on map with 5 cars around me, I chose the closest one and BOOM- the car will be there is 2 minutes. We jumped up hysterically, hurrying out not to miss the car. We entered the cab which was already waiting for us in front of the club. 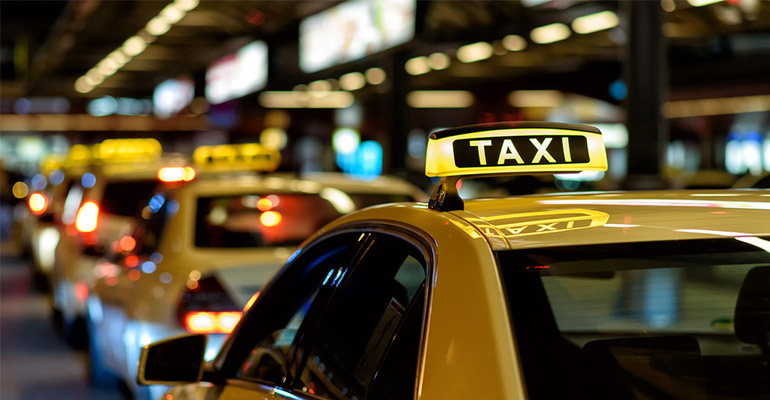 “Wow, that was neat!” we laughed upon entering the vehicle.

“So, where are we going girls?”, asked the cab driver, and to my surprise- he was about 65 years old. He asked us why are we laughing and we explained that we didn’t expect the app to work at all, furthermore to send us a car in 2 minutes. He laughed back and full of enthusiasm he started talking about the app:

“YES, IT’S SOOO GREAT! You just press one button and I show up there, how cool is that? You don’t have to wait for call center to call us through radio, it’s to fast right?”

He showed me how the app looks for him on his tablet and how easy it is for him to use it. He was honestly thrilled about it and on my way out of the cab he asked me to tell other friends to start using the app because it is easy and fast. And I did.

It’s cold outside and I am trying to catch a tram to go to some workshop which starts in half an hour. I don’t use public transport that often and I have no idea how long am I supposed to wait for a tram. It turns out longer than 20 minutes that I had for waiting. So, I take my phone out, launch the cab app and BOINK!- no vehicle available nearby. And then I see the cab from the same company approaching, I jump to the street and he stops screeching brakes. “Woa, that was close, I almost hit you!” the cab driver said. “Well, yeah, I don’t know what I was thinking exactly. Sorry”, I said, “I’m in a rush cause I am late”.

The driver was about 35-40 years old, he had a smartphone stuck on his windshield and I noticed the app wasn’t running on it. I asked him why is there no vehicles nearby on the app and he was like “What app?”. THE ONE THAT YOUR COMPANY MADE FOR YOU TO MAKE YOUR JOB EASIER AND IT’S FREEE DOOOUGH! 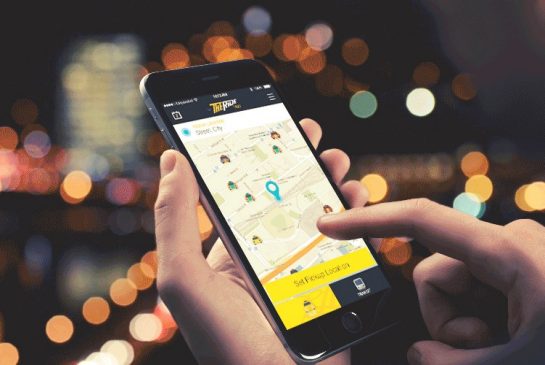 “Well, you just said it doesn’t work, for instance”

“Noooo, I said there was no vehicle nearby”

“So there you go, it didn’t bring you a cab, so it doesn’t work”

“Noooo, it didn’t bring me a cab because you didn’t install it and you were nearby”, I was pushy.

My brain was about to start to boil. I really hate these worthless ping pong discussions and I could have easily just dropped it there, but I really wanted to know what is holding him back from using it.

“No, really, why don’t you install it, it’s free for you right?”, I pivoted away towards my interest.

“Have you tried it? Is it hard to use?”, I continued pushing.

“No, not really. I don’t have time for that”. So, he was one of those who know upfront that something is stupid even though they never tried it. Consumeristic hypocrite, to name him right. The cab driver who has no time. All he has is time! He drives around the city looking for people to pick up and drive, but he has no time?! I almost imagined myself jumping up to the front seat, taking his smartphone and installing the app on it while he wrestles with me and calls the police, but in the last second he admits “Wow, yeah, the app is working”. Yeah, that’s how my mind works, but that’s completely different story, going back there in the cab: I had a cunning plan! I will hit him where it hurts!

“Do you know how I heard of the app? An old cab driver from your company told me about it”, I lied. I told him the same story I  told you about the night out, but with a little lie- that the cab driver was the one who told me about the app and I started to use it ever since. I pointed out 10 times that his colleague was a very old man and that he was using the app on the tablet like he was born with it. Also I said that I can’t believe that someone so young like him is scared of new tech.

Silence. He looked at me in the rear mirror and I saw him thinking about something. I was a bit scared he would kick me out of the car, but we were getting closer to my destination anyway. 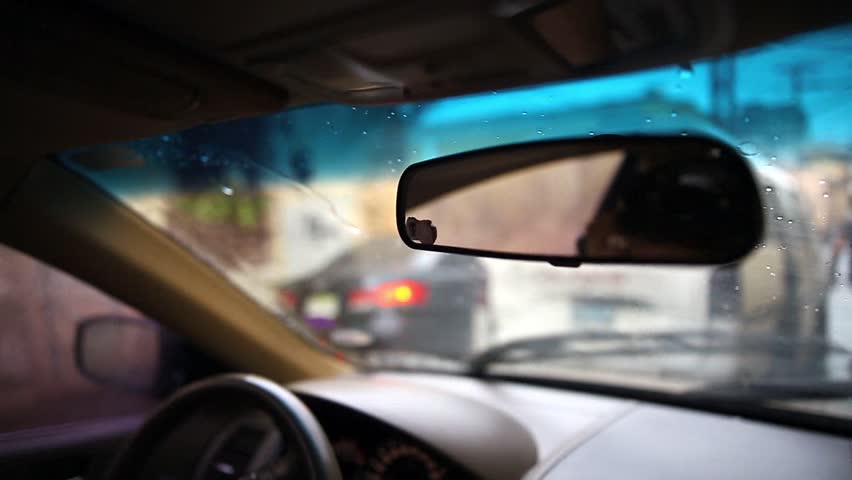 “I don’t have money for tablet. It’s a big investment”

“You don’t need tablet, you can use it on the smartphone. Also, you can buy tablet now for 1 cent with a 1 year contract for 5 months per month”

Silence again. He looked at me in the mirror again, now being really pissed.

“You know what, I just don’t think anyone really use it. I talked about it with my colleagues and they all said they will buy it when the app starts to work for real, when there will be enough cars and enough customers. Up until then, I don’t want to invest my money or my time into something that is not really working yet.”

And then it hit me: he wasn’t an early adopter. He is not a lighthouse customer. He was a laggard, the late majority at best! And that’s not what they taught us at marketing school. And that’s not what the books will tel you. The school told us that early adopters are young people who use cutting edge tech in everyday life. He had a smartphone and he was pretty young. But no, he was not an early adopter. On the other hand, there was this old man. By definition and demographics, maths and statistics, he should be that old laggard who falls behind others, who adopts new technology the last or never at all. 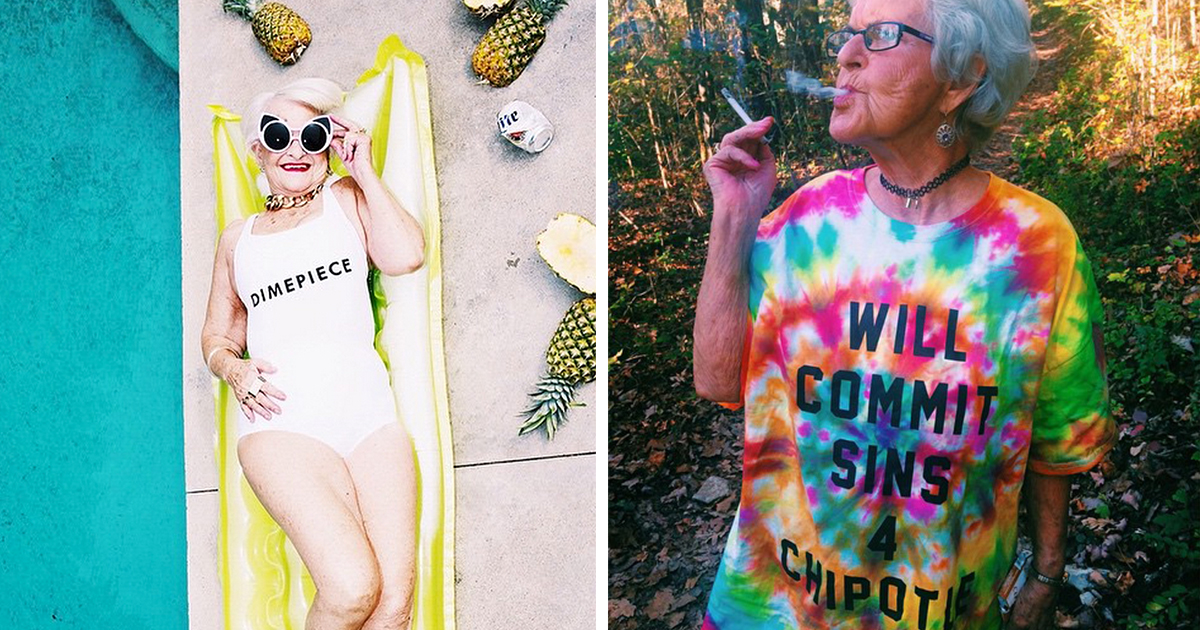 The World has changed, it’s not big news. Technology is pushing us forward and pulling us back at the same time. What stood firmly yesterday as bullet proof concept today might not work at all. Things are getting overcome each day and it’s hard to keep pace with up to date trends in any industry you pick and so is with marketing.

Market Segmentation and customer profiling is a bitch that can slap you back so hard before you even make a first baby step with your business because selling right products to wrong customers is as bad as selling wrong products to right customers. Or maybe worse, I cannot tell for sure. But what I know for sure is that I have seen the same old story repeat many times: people asking “why is this thing not selling as we expected?” And then I ask them who are you selling it to and they either say “everyone”, which even water bottling company has no right to say or they say something like “young adults who live in urban area and who care for their health”, which is better, but also useless. Segmenting consumers using demographics is just a scratching the surface.

What age is your target group today is almost not important  (Look at my cab drivers). What is important is what they do with their time and money and how they live their lives. Behavior. Routine. Values. That’s what you need to dig if you want to do marketing today and tomorrow.

Back to it, you really won’t believe the end of my cab drivers story. The same evening when my workshop finished, I took my phone out and requested the vehicle through the app. There were 10 vehicles available and I asked for the closest one. It was the same old man! I swear! The early adopter!

I started  to laugh the moment I entered his cab and it was deja-vu: he asked what was funny. I told him the whole story I just told you, reminding him about the night he drove us and he remembered (he said he remembers because we were laughing too much, I think he wanted to say we were drunk). I told him how I “sold” the app to everyone around me and how cool it is and I told him about this “unbeliever” colleague of his. He said:

“Nooo, way, I can’t believe him! How old is that bat?!” and we laughed together up to my place and I really admired his positivity. He were approaching my destination when he asked if I wanted to pay with credit card because he just got this POS terminal. My jaw dropped.

“Just wait till I get my reading glasses”, he said. He took down his sunshield and took eyeglasses off some clip. CLICK. He put them on his nose and took my card to POS terminal. He pointed up to that clip on the sunshield:

“Look how convenient this clip is. It holds up to two pairs of glasses in place and you always easily find them when you need them. And they are not scratched!”

“It’s nice, where did you get it?”, I asked little bit jealous because all my glasses are scratched.

“I ordered it on Aliexpress. Look I have an app for that!”

I needed to exit that car right away because I believe the next thing he’d show me is that car can fly. Or at least morph into Tesla.