The customer is not always right 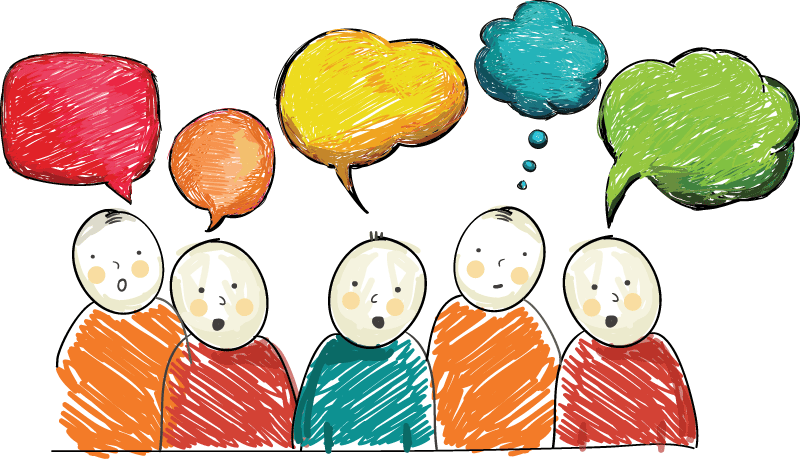 “The customer is always right”, you will hear it from all dedicated entrepreneurs who take good care of the three which gives them income: their valuable customers. It doesn’t matter if you work in a coffee shop, a restaurant or you sell mobile phone accessories- you should always agree on customer’s opinion and do your best to serve them good. That’s true. But where should you draw the line? Imagine that one day a customer enters your coffee shop and tells you it’s too sunny and hot inside and you should buy some curtains. And you buy them. Tomorrow, another one comes and tells you your coffee shop should be pet friendly. And tomorrow you buy dog water bowls and prepare free dog snacks with coffee. The third day someone tells you your vanilla latte has too much vanilla, and you change the recipe. On the fourth day you open your guest book and you read the following “I used yo like your place, but it became too dark and full of dogs who bother me with their barking. Also, your vanilla latte sucks, what the hell happened with the great taste you had?”. That’s what can easily happen when you change your ways by accepting everybody’s opinions. And trust me, an opinion is something that everybody has. But is it worth changing your ways just because someone has their opinion?

Perspective is what you need to have always on your mind. Walking in someone else’s shoes is really hard to do and the shoes are important here. Some shoes are important, some are not, you need to take into consideration the importance of the shoes when changing your ways. The other night I watched an old time classic of Serbian cinematography called “The Marathon family”. There is an outstanding scene which describes the insanity of a perspective: The year is 1929 and for the first time in the city, the cinema is presenting the sound movie. The lady who was working in the cinema as a pianist (Kristina) who was playing the music during projections of the silent movies is sitting in the first raw in the audience and the premiere of the first sound film starts. The audience is speechless. The motion picture is synchronized with a sound coming from a speaker and for the first time you can hear the sound of the movie. Everybody is thrilled. They are applauding. What an amazing invention! The actors have voice, you can hear them singing! But Kristina is pissed. She stands up, hits down the speaker and shouts “Fuck your sound movie!”. She sits at her piano and angrily plays some tune.

Kristina’s point of view is very specific. She’s the only person in the whole city to have a downside of introducing sound movies because she just lost her job. She’s no longer needed. But is it worth quitting the whole sound movie project just because it’s bad for Kristina? Is it worth changing your vanilla latte just because one customer thinks it’s too sweet? Should you change your brand navigation path just because a current trend tells you that hipsters are super cool? Do you need to jump into current trends and change your ways because some people are unhappy?

I have a feeling that brands are not seducing customers anymore, but they are adjusting to customers’ trends like school boys trying to seduce hot chicks: playing cool and pretending very hard. They will start to smoke just to become cool. They will even shave their heads to be cool. Is your new customer worth shaving your head? Or should you cherish your loyal customers who like you for what you are?

Don’t get me wrong, I think that changes are good. Leaps forward are a necessity for brands today. Dull brands are stale brands and brands that are stiff are hard to face a bright future. But should they change their DNAs in order to seduce customers who are unavailable? I think not. I believe that brands have right to re imagine and  re-position themselves, but not by sucking up to customers. Nobody likes suck ups.

One more thing to support this: Shreddies, as one of the old traditional breakfast cereal brand was seeking for the refreshment in their branding strategy. They were a top seller cereal and they had a great product. They had no reason to change it because people loved it. However, they wanted to freshen up a a brand. The cereal was famous for its crunchy square shaped pieces that you pour your milk over and what more can you do about it? The brainstorming motto is that no idea is stupid idea, so someone from the ad agency came up with the “stupidest idea of all time”, as he called it later on. He moved the square cereal with his finger, rotated it a little and he said “It’s not a square, it’s a diamond”. They all laughed at this “stupid idea”, but one smart lady wrote it down. The idea was deep down ingenious. Pretending to have a new product by saying that you have actually changed nothing because product is perfect as it is is a level of ingenious. So, they made a stunt: they gathered a focus group serving people the “old product” by arranging them on plates as squares. And later they served the “new product” by arranging them as diamonds.

There you go, people seek to find difference where there is no difference at all. Squares and diamonds are completely the same, only arranged differently. More crunchy? More texture? Bullocks. Should you really change your ways just because a focus group member who tries really hard to be smart tells you our Shreddies are not crunchy, your latte is too sweet, your cheese is too salty? [Tweet “Should you shave your brand’s head just because someone tells you your hair is too messy?”]

I think not. And I think customers are not always right because[Tweet ” Opinions are like as*holes: everybody has them”]